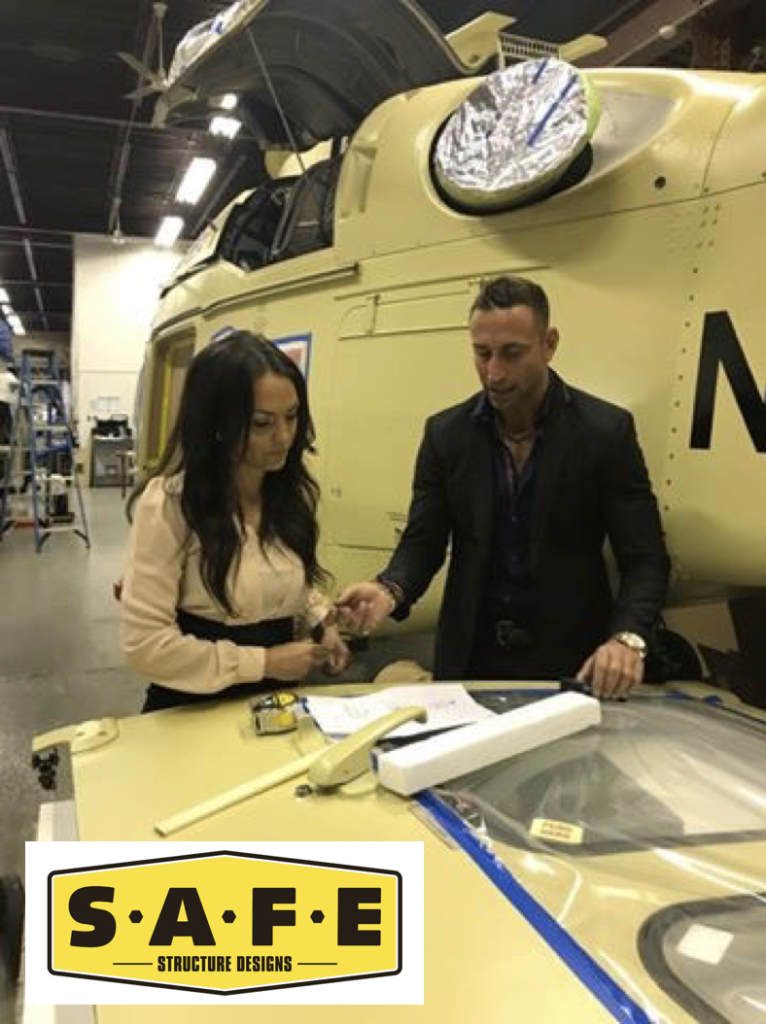 S.A.F.E Structure Designs — a company that designs, engineers, and manufactures custom aircraft and marine maintenance stands, fall protection platforms, and hangar equipment — announced that it has been awarded the contract to outfit the first AW169 to operate in the United States, which was transported to New Jersey for outfitting by Air Concepts International for Next Era Energy.

In addition, feedback from the mechanics also aided S.A.F.E. in designing ergonomically sound platforms that would allow safe access around the helicopter, decrease unwanted accidents and falls, and decrease damage to the helicopter’s exterior surface.

Extreme attention to detail and integration of Leonardo Helicopter’s added requests and alterations gave S.A.F.E. the edge, and it was then awarded the contract to outfit the AW169. Production has begun and will be completed by February 2018.

“Having the privilege to create the maintenance stands for the first AW169 in the U.S. is an honor that we do not take lightly,” stated Johnny Buscema, president and chief executive officer of S.A.F.E. “We have an expert team creating the most well-crafted and highest quality products that uphold our reputation and always maximize the safety and ergonomic efficiency for mechanics. We appreciate Next Era Energy for trusting S.A.F.E. to satisfy their maintenance tooling needs.”